1920s-POLYGAMISTS COALESCE INTO AN ORGANIZATION

Throughout the 1920s, individuals who still embraced polygamy coalesced into a priesthood organization that had previously never been heard of. By the early 1930s, Lorin C. Woolley was read to disclose a new and revolutionary teaching regarding priesthood authority and the organizations that preside within it.

A “Priesthood” Organization, the Council of Friends, and High Priest Apostles

Without a doubt the most important story told by Lorin C. Woolley involved an ordination that reportedly occurred on September 27, 1886. Lorin taught that he was then ordained to a previously unheard of priesthood office called “High Priest Apostle” and thereby became a member of a previously unheard of priesthood council called “The Council of Seven Friends.” According to Lorin Woolley, this council existed outside of the Church as part of a “priesthood” organization that existed independent of all other religious entities. Woolley taught that the council was more powerful than any priesthood quorum within the Church including the First Presidency. It also directed the kingdom of God through a Council of Fifty. According to Lorin, the “priesthood” also contained a Sanhedrin of seventy members, although he never attempted to organize it. 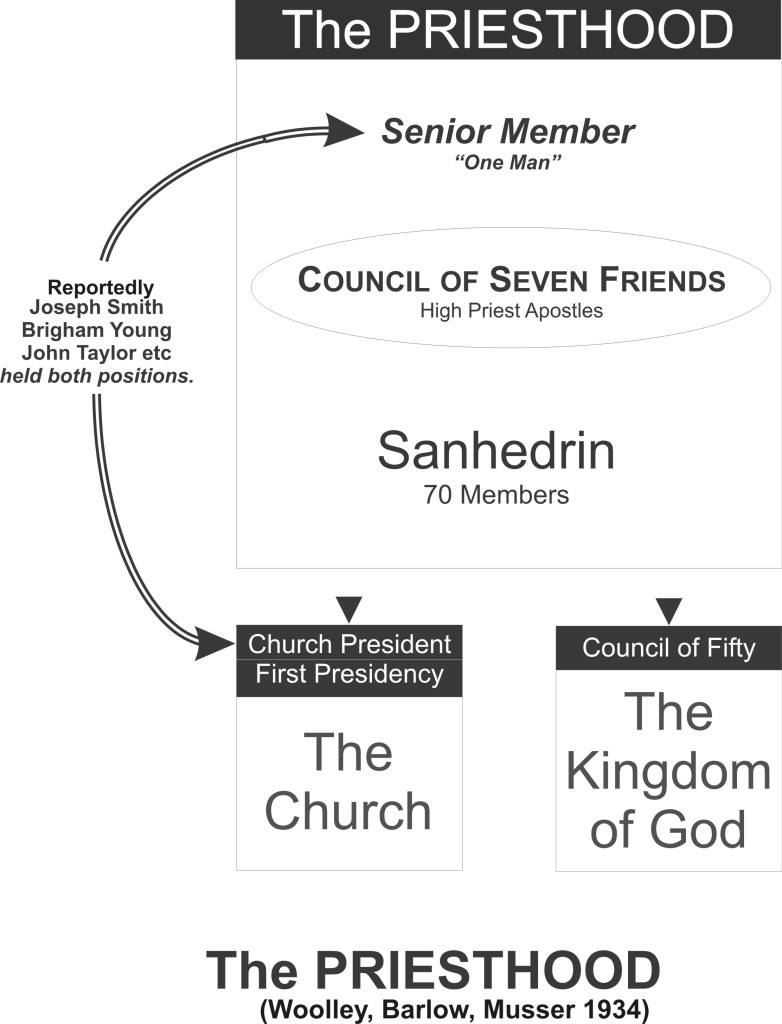 Lorin’s declaration that the Council of Seven Friends had always existed outside of the Church and presided over it is problematic. No evidence has been located to supports his claim, and the entity was unheard of prior to 1930 when Lorin first mentioned it. If it ever existed or met in council, no minutes of their meetings have been discovered. Journal entries written by alleged Council of Seven members never referred to it or its decisions or intentions. Many historians, including myself and D. Michael Quinn, have diligently searched for any sign of a Council of Seven Friends existing prior to 1930. No signs have been found.[1]

Joseph Smith taught that God’s Church exists wherever a man or woman repents and is baptized. Doctrine & Covenants 10:67–68 specifies: “Behold, this is my doctrine—whosoever repenteth and cometh unto me, the same is my church. Whosoever declareth more or less than this, the same is not of me, but is against me; therefore he is not of my church.” Accordingly, the idea that a man could hold the priesthood and preside over the Church without being a member of the Church is unique and unsupported. Heber C. Kimball taught in 1852: “When a man loses his membership in this Church, he also loses his Priesthood.”[2]

Besides Lorin’s alleged 1886 ordination, he also recalled that four other men were similarly ordained at that time. However, Lorin waited until the other four were dead before making the claim. This contrasts D&C 6:28: “in the mouth of two or three witnesses shall every word be established.” When important priesthood ordinations occurred, at least two witnesses were present. For the bestowal of the Aaronic Priesthood (D&C 13:1), the Melchizedek Priesthood (D&C 27:12), and important keys of the priesthood (D&C 110:11–13), both Joseph Smith and Oliver Cowdery were there bearing witness. No one else has ever corroborated Lorin’s story of these important ordinations.

Reportedly, “the Prophet Joseph Smith stood by directing the proceedings” as the ordinations were performed. One of the other four men was Lorin’s father, John W. Woolley. Reportedly John was the first man to served as God’s prophet and not be the President of The Church of Jesus Christ of Latter-day Saints. Lorin stated that John had been the senior member of the Council of Seven Friends for many years before his 1928 death, though precisely when the sealing keys reportedly left the Church to reside in his keeping is a point of confusion. 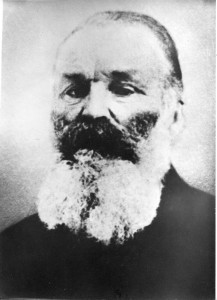 Regardless, when John W. Woolley was excommunicated in 1914, he made no claims to an 1886 ordination or asserted that he was a member of a secret Priesthood Council and was actually in charge of all priesthood in or out of the Church. One follower recalled: “John W. Woolley would not preside in any meeting outside of his own home.”[3] John attempted to keep his Church membership and was distraught over his excommunication. His actions show that he respected President Joseph F. Smith as the presiding priesthood leader on earth, even though Joseph F. Smith started the process through which John was cut off. After President Smith’s death, John appealed to Heber J. Grant’s authority to be reinstated. Nothing in John Woolley’s behavior suggested that he held the lofty position Lorin would later claim for him. John himself was a monogamist most of his life, having two wives for a brief six years between 1886 and 1892.

Two of the other men listed as being ordained with Lorin were Samuel Bateman and Charles Wilken.[4] Both were serving as bodyguards to the Church leaders. Why they would have been instantly elevated to a super-powerful authoritative council in 1886 to preside over all other priesthood leaders was never explained. Bateman kept a journal that contains no mention of any special ordination then or at any time during his life. His numerous hand-written entries include no references to activities consistent with a high priesthood calling or membership in a secret priesthood council. The historical record fails to identify even one marriage (monogamist or polygamist) performed by either Bateman or Wilken and shows they both obeyed the 1890 Manifesto. 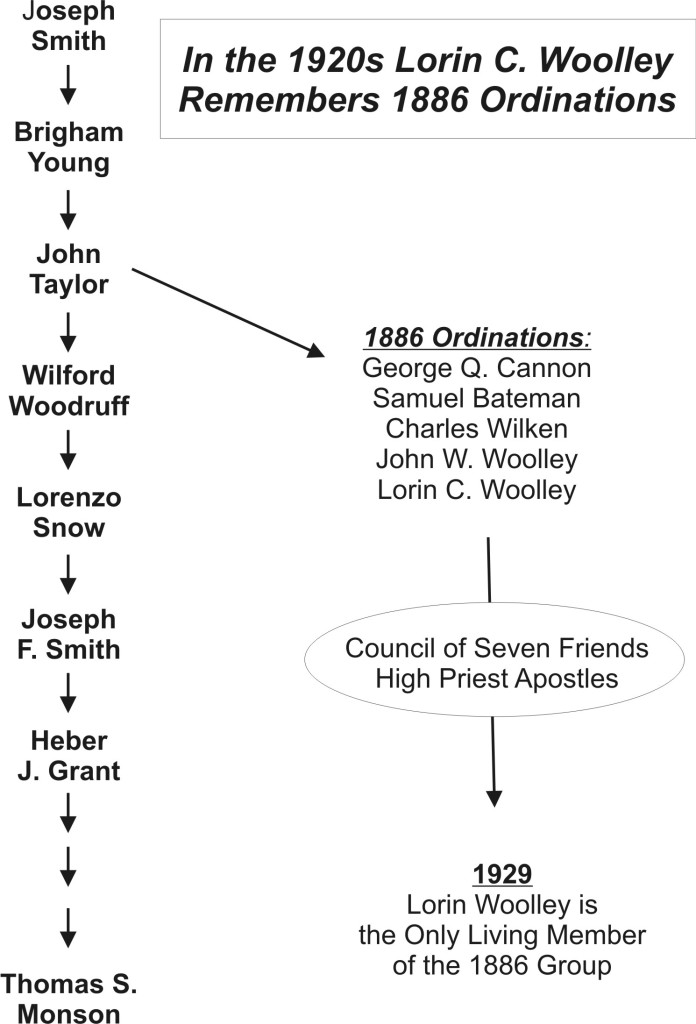 Despite 13 people in attendance in 1886 and five men reportedly ordained, only Lorin Woolley remembered the 1886 ordinations and he waited 35 years before first mentioning them

The fifth individual listed by Lorin was First Counselor in the First Presidency George Q. Cannon. As an apostle, he already possessed all priesthood authority that could be bestowed and would have nothing to benefit by an additional ordination.

Woolley also reported that prior to the alleged ordinations, an eight-hour meeting was held with thirteen people in attendance. During that meeting, John Taylor reportedly floated above the floor and made everyone covenant to continue polygamy no matter what happened. Of the thirteen people named, three kept journals. Their entries for that date (and surrounding dates) are consistent with each other and contain no mention of any meeting. Examining the lives of the other twelve individuals provides little or no evidence that they experienced a spiritual theophany or received such a strict commission that day.

As reviewed above, nothing has been found in the historical record to support Lorin C. Woolley’s reported ordination as a High Priest Apostle or his teachings of an external priesthood organization with a Council of Seven Friends. If they did not exist until the twentieth century, what other explanation might account for their origin and their true relationship to the Church?

Many years ago, an episode of the TV western “Bonanza” involved an old settler named Charlie Parsons, who discovered that his cattle were disappearing into thin air. He made sure that all of his cows were branded with his own CP brand, so they might be easily identified, but the disappearances continued. Parsons would count his cattle in the evening, but by morning, a few would be missing. He recruited the help of everyone in the area including the Cartwrights, but no one could find any stray cattle with the CP brand.

Just a month before the problem started, a new neighbor Gilbert R. Ellison had moved in, setting up his ranch right next to Parsons. As it turned out, Gilbert R. Ellison was a crook. He had created his own GRE brand that could be easily superimposed on top of Parson’s CP brand. At night, Ellison would grab a few of Parson’s animals and then rebrand them with his own GRE symbol. In the morning, all the cattle in Ellison’s corrals were properly branded “GRE,” and Parson was left scratching his head trying to figure out what happened. Of course, with the help of the Cartwrights, the mystery was solved and justice was served—all by the final commercial.

The GRE brand was superimposed upon the CP brand. 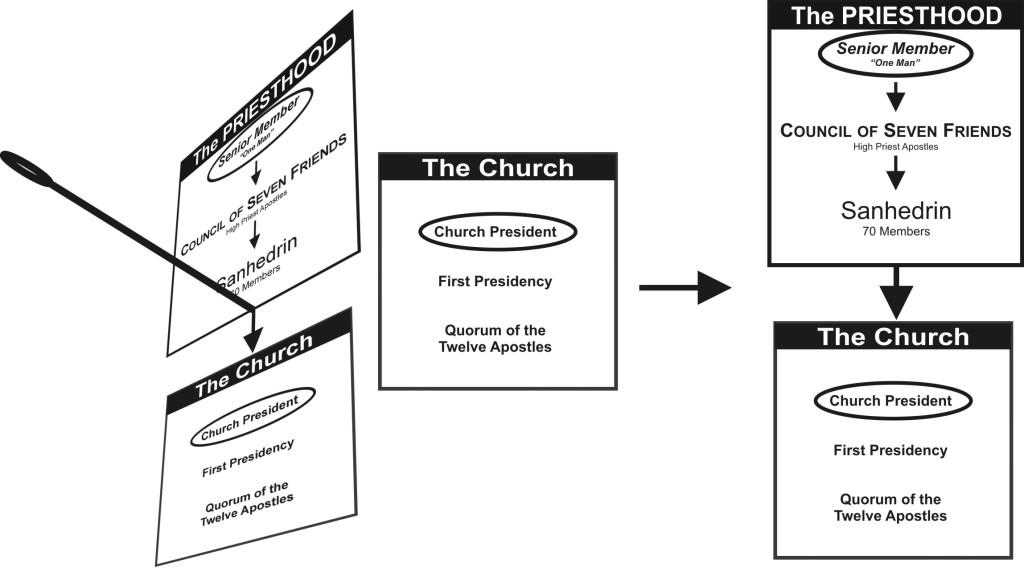 According to all available documents, the "Priesthood" organization did not exist prior to Lorin Wolley's 1930s declarations. It was described as being outside of a greater than the Church

Despite important identifiable problems with Lorin C. Woolley and his teachings, his claims to sealing priesthood authority serve as the source for most Mormon fundamentalist groups today, including the FLDS (Warren Jeffs) and the Allred Group. However, most Mormon fundamentalists have discarded the teachings of High Priest Apostles and the Council of Seven Friends as Woolley originally described them, even though they represent the root source of the authority they utilize in their marriage sealings.