LORIN C. WOOLLEY AND HIS COUNCIL OF SEVEN FRIENDS

Lorin waited until all of the other four men he claimed were Council of Seven Friends members had died before teaching about the council or naming them as participants. In fact, research fails to identify any reference to the Council of Seven Friends by Lorin Woolley or anyone else prior to 1932. In any case, for reasons Lorin never explained, God allowed this super-powerful priesthood council to dwindle to only one member before requiring additional new High Priest Apostles be called. 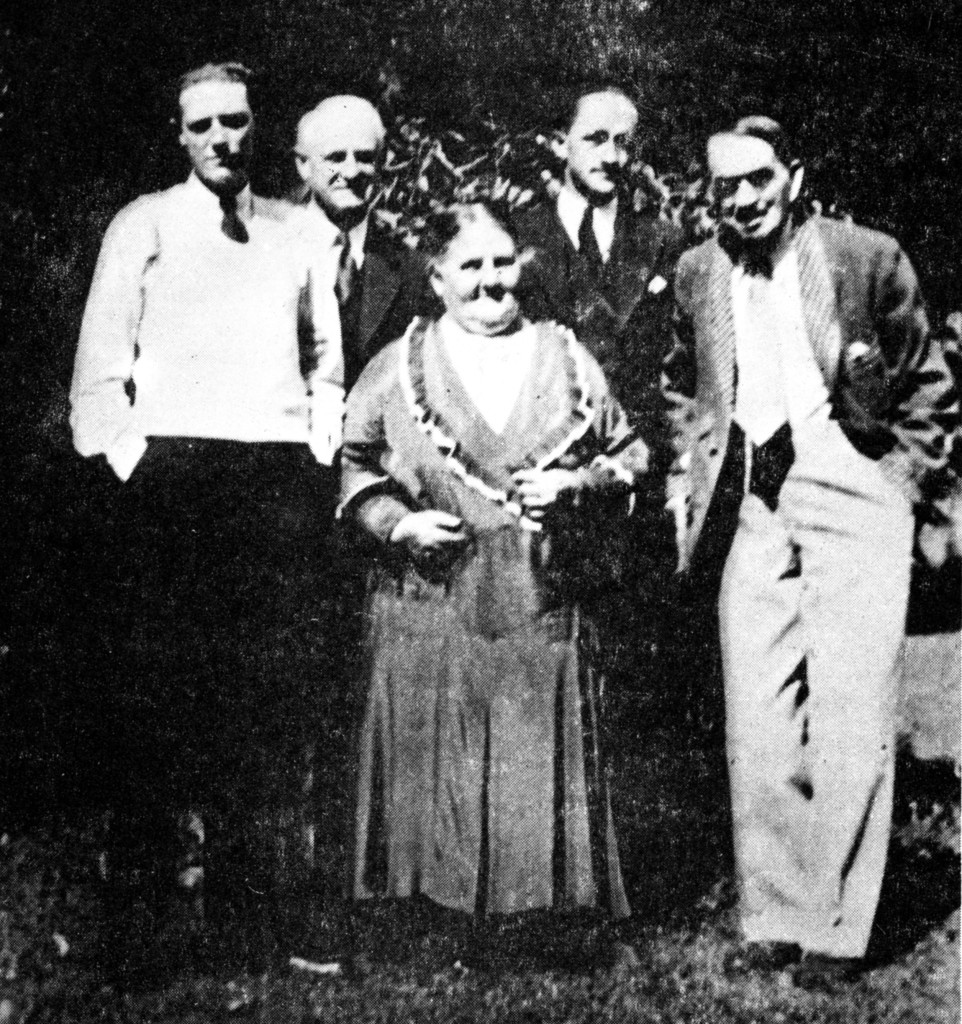 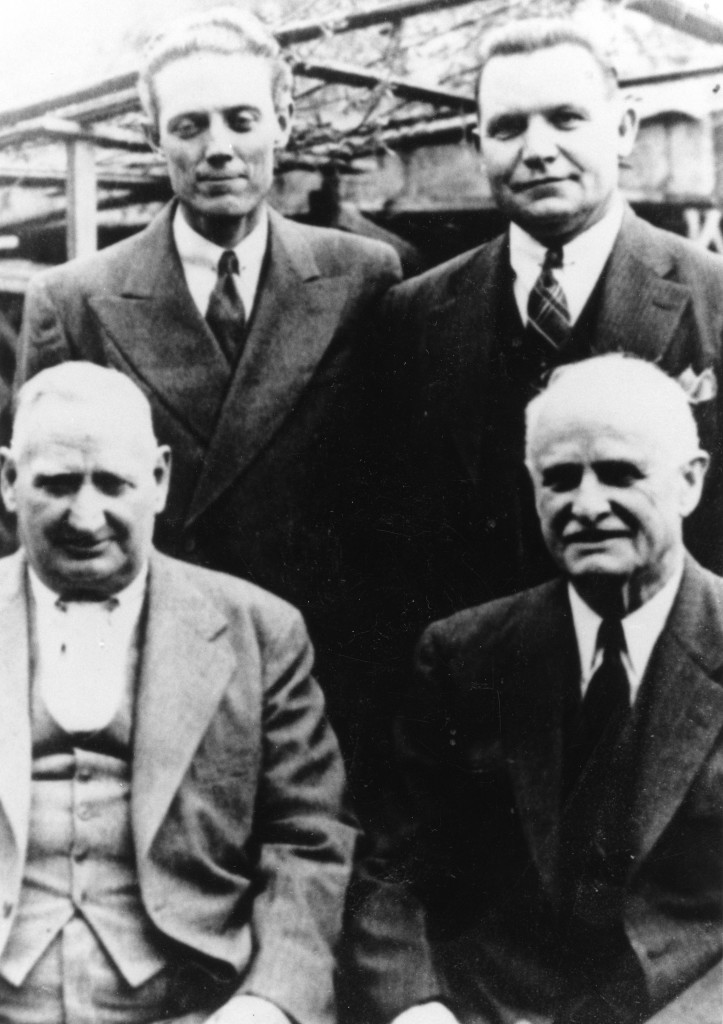 Originally, Broadbent, Barlow, and Musser received “blessings” that were only later described as “ordinations to the Council of Seven Friends.”[1] It appears that prior to 1932, Woolley withheld many details regarding this all-powerful priesthood quorum.

Once the Council of Seven Friends doctrine had been established, council members went forth to teach fellow polygamists regarding it. No one had ever heard of the idea prior to the 1930s, so even the eager pluralists were in the dark. During the next decade, Joseph Musser noted several times in his journal that he spent time teaching his fellow fundamentalists about the priesthood “set-up” or “situation.”[2] By the mid-1930s, a majority of polygamists had united behind the priesthood claims of those men, although many followers rejected the priesthood hierarchy as described. By 1940, the Council of Seven Friends was usually referred to as simply the “Priesthood Council.” 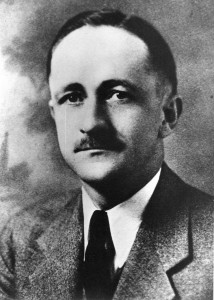 Lorin died in 1934, and J. Leslie Broadbent presided for a short six months before succumbing to pneumonia. Then John Y. Barlow eagerly took hold of the reins. Within months he and Joseph Musser visited Short Creek, Arizona, an area on the Utah-Arizona boarder fifty miles east of St. George. It would soon become an outpost and then the center of polygamist activities for a large number of plural marriage proponents.

Shortly after visiting Short Creek, John Y. Barlow moved there with his families. As the senior High Priest Apostle, he presided over all activities, but problems soon arose due to his autocratic behavior. In response to numerous complaints, Joseph Musser and Louis Kelsch visited from Salt Lake City. Musser wrote on November 8, 1936:

Thursday Louis Kelsch and I had a personal talk with Bro. John Y. Barlow. We pointed out our fears that under the present set-up the group could not prosper; that there seemed a disposition toward a one man rule; that the present arrangement was not in accordance with the spirit of the action of the Priesthood recently taken, whereby it was advised that Bro. Barlow resign from the Management of the affairs of the group and confine his labors more particularly to the spiritual field; that our work was especially along the line of keeping faith in patriarchal marriage alive, and not in the directing of colonizing. 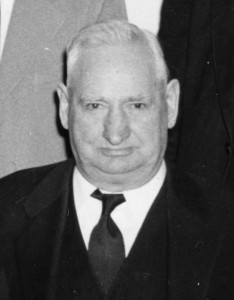 Bro. Barlow was asked if he claimed to hold the keys of Priesthood, which he answered in the negative, saying, however, that he had dreamed of a personage coming to him and handing him a bunch of keys, and leaving without explanation. He did not know that that had any special significance (italics added).[3]

Barlow’s admission regarding his lack of priesthood keys created doubt and confusion among his followers. A few days passed, and Musser attempted to assuage these concerns:

The majority expressed the belief that Brother John Y. Barlow held the keys to Priesthood and was the mouth-piece of God on earth, and with some this was the only reason for accepting Bro. Barlow’s Management of affairs. Elders Covington and I. W. Barlow expressed emphatic dissent, stating they did not believe Brother Barlow held the keys to Priesthood, but that he did have authority to seal and was the senior member in the Priesthood group, and as such presided at the meetings of the group, etc.

W. Musser explained his views on Priesthood matters: That the special mission and labors of the Priesthood group were to keep plural marriage alive; that we were not called upon to colonize only as the Lord might dictate such a move . . . That the time had not come for the establishing of the united order.

Stated the Lord had not revealed to him [Joseph Musser] who held the Keys to Priesthood, but that Bro. Barlow, by reason of his seniority in ordination presided over the group; that questions pertaining to the mission of the group, when acted upon by unanimous vote, were properly settled and such action became the word of the Lord upon the points thus involved (italics added).[4]

During this episode, John Y. Barlow and Joseph Musser explained to their listeners that neither of them held the keys of the priesthood. These plain admissions have not deterred thousands of modern Mormon fundamentalist polygamists from disagreeing, affirming that in fact Barlow did hold the sealing keys in 1936 and beyond Apparently he was just unaware. This paradox persists and is difficult to explain.

Governmental Raid, Imprisonment, and a Manifesto

As leader of the polygamist organization, Barlow proceeded to call new members to the Priesthood Council, including Leroy Johnson and Marion Hammon, who were ordained in 1941. Four years later, Rulon Jeffs, Guy Musser, and Richard Jessop were called. Then, in 1946, Carl Holm was set apart and three years following, Alma Timpson was. Surprisingly, this council, which was described by Woolley as having seven men (he often referred to it as simply “the Seven”), then had twelve members.

In 1942, Barlow instigated the organization of the United Effort Plan or UEP. It started as an attempt to live the united order, but as it evolved, it also became a tool for polygamist leaders to exercise control over the property and houses of their followers. While the services of a “bishop’s storehouse” (run by Fred Jessop) assisted many Short Creek pluralists with daily commodities and other needs, the UEP bore little resemblance to the law of consecration as described in the Doctrine and Covenants (see 42:30–39). 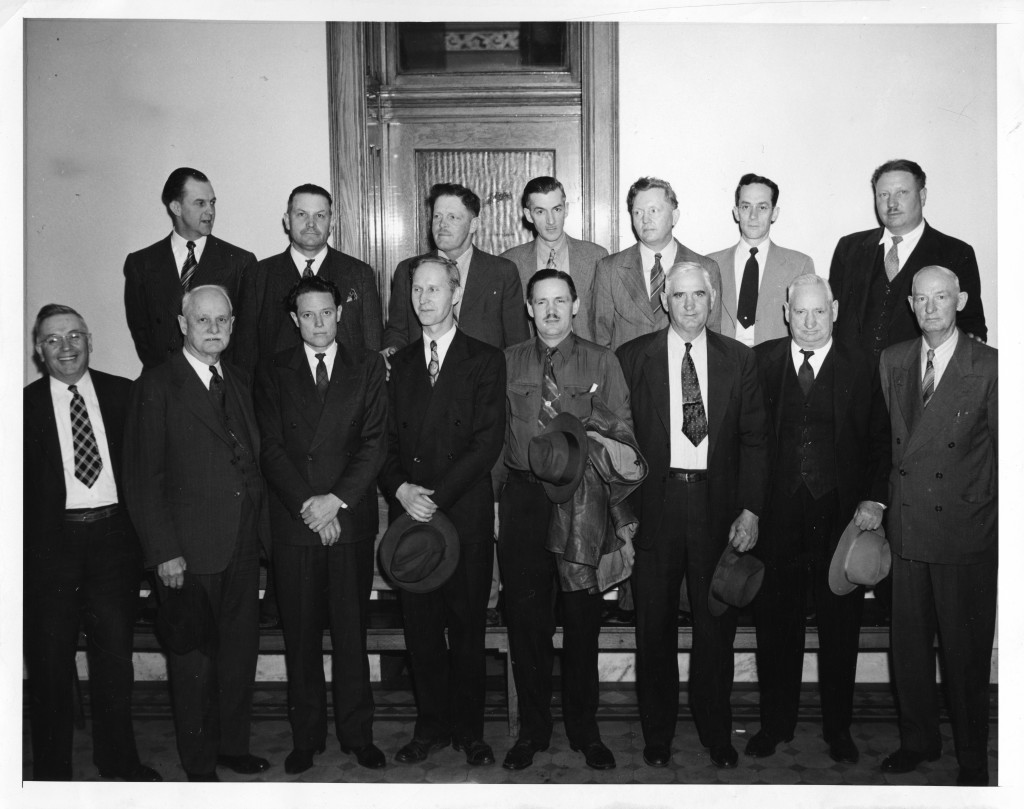 Government officials were not ignorant of the growing polygamy presence on the Utah-Arizona border. By January 1944, Musser learned the “The F.B.I [was] making a desperate attempt to get something on Brother Barlow and myself to prosecute us in the courts.” While believing the Church was behind the move, he seemed undaunted: “Let them investigate and be dammed and go to hell if they choose to, the work of the Lord will not stop.”[5] As the tensions mounted, he reflected: “Some of us may have to go to prison, but what of that. We should be willing to bear such a testimony to the nation if that course is the will of the Lord.”[6]

On March 7, 1944, at 6:00 a.m., heavily armed lawmen swooped down on the inhabitants of Short Creek, as well as homes of fundamentalists in Salt Lake City and other locations in Arizona, Utah, and Idaho. Musser recalled that the policemen continued their search of his home “until about 11:00 a.m. when the officers took me to the county jail. Arriving there, I found a large congregation of my brethren, who had also been arrested. Of the Priesthood Council, were John Y. Barlow, myself, Charles F. Zitting, LeGrand Woolley, Louis A. Kelsch, also Guy H. Musser and Rulon T. Jeffs, who afterwards became members of the Council.”[7] In all, thirty-four men and women were arrested for illegal cohabitation, and fifteen would be convicted.

Notwithstanding an initial excitement and even optimism, prison life quickly took its toll on the seventy-three-year-old Joseph Musser and seventy-one-year-old John Y. Barlow. After six weeks in the pen, Musser complained: “If I have to stay here much longer, I believe it will kill me.”[8] After about two months of confinement, the group’s historian recorded:

This morning Joseph [Musser] came to my cell door shortly after I arose. He looked very pale. I said kindly, “Joseph, how are you?” He replied, “Well, not so good. I found myself on the floor this morning, when I came to. I guess I must have fainted in the night. It is so hot.” He sat on my bed then. I tried to console him. His lips quivered with motion. The left side of his face had three bar marks where the blood had come on through a bruise. The skin was not broken. He said, “but I guess it is all right, anyhow we have got to endure it.”

Sometime later . . . Brother [Dell] Timpson said to Joseph, “You are not getting the right kind of food.” We asked, “Can we bring you anything?” He replied, “Oh how I would like a good T-bone steak well done and a good glass of beer.” He said to me, “I would like to be home in a soft bed, the doors to the house closed and no one allowed to come in and just rest and rest.” His lips quivered as he tried to speak.[9]

Three days passed and council leaders Barlow and Musser summoned twelve of the fifteen offenders to a special meeting. There a manifesto was presented to the men:

To whom it may concern:

The undersigned officers and members of the so-called Fundamentalist religious group desiring to bring about peace and harmony within the Church, and recognizing the futility of disobeying the laws of the land even in the practice of a religious belief, do hereby declare as follows:

That we individually and severally pledge ourselves to refrain hereafter from advocating, teaching or countenancing the practice of plural marriage or polygamy, in violation of the laws of the State of Utah and the United States.

The undersigned officers of the religious group above referred to, further pledge ourselves to refrain from engaging in or solemnizing plural marriages from and after this date.[10]

Ultimately, a division occurred within the group with four men defying John Y. Barlow’s direct instructions to sign the manifesto, among them was council member Charles Zitting. Eleven of the men were paroled after six months, and the other four were released a couple of years later. Most of the men resumed their polygamist activities upon leaving prison.

[1] See Joseph Musser, Journals, May 14, 1929, Church Archives. Copy of holograph in possession of the author.