WILFORD WOODRUFF AND THE 1890 MANIFESTO

With the death of John Taylor, Wilford Woodruff became the “one” man holding the keys of sealing. He would face unique challenges, unknown to his predecessors, and his leadership decisions would transform the Church and its membership.

As the Key Holder, Wilford Woodruff Issues the Manifesto

The 1880s were a turbulent time with federal legislation passed in 1882 and 1889 against plural marriage. On May 19, 1890, the Supreme Court ruled that the government could rightfully dissolve the Corporation of The Church of Jesus Christ of Latter-day Saints and confiscate the Church’s holdings, including the temples at Logan, Manti, and St. George and the Salt Lake Temple nearing completion, appropriating their value for charitable use.

President Woodruff could easily discern the disastrous effect this would have upon the Church and its mission. By dissolving the Church as a corporate entity and imprisoning practicing polygamists, Church leaders would lose the ability to do missionary work—to effectuate the final “gathering” of the elect. And with the loss of the temples, the commandment given to the Latter-day Saints to accomplish temple ordinance work for the dead would be completely curtailed. 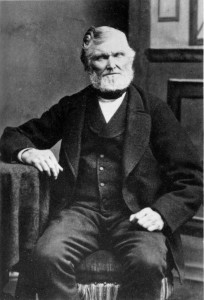 On the other hand, for several decades polygamy had been central to Latter-day Saint doctrine, identity and solidarity. At one time, up to 20 to 25 percent of LDS adults were members of polygamous households. The thought of suspending the practice brought poignant recollections of the sacrifices that Church members had suffered for the principle, including hundreds who had spent time in prison. Thousands more had been involved in hiding its practice, and, by 1890, over 12,000 Latter-day Saints in Utah had been prevented from voting. However, to ignore the momentum of governmental interference was not an agreeable option either.

On the morning of September 24, 1890, President Woodruff entered the First Presidency’s office with new resolve. His journal entry for that date states: “I have arrived at a point in the history of the Church of Jesus Christ of Latter-day Saints when I am under the necessity of acting for the temporal salvation of the church.”[1] He presented papers that he had written, which contained the text that would become the Manifesto:

To Whom it may concern:

Press dispatches having been sent for political purposes, from Salt Lake City, which have been widely published, to the effect that the Utah Commission, in their recent report to the Secretary of the Interior, allege that plural marriages are still being solemnized and that forty or more such marriages have been contracted in Utah since last June or during the past year, also that in public discourses the leaders of the Church have taught, encouraged and urged the continuance of the practice of polygamy—

I, therefore, as President of the Church of Jesus Christ of Latter-day Saints, do hereby, in the most solemn manner, declare that these charges are false. We are not teaching polygamy or plural marriage, nor permitting any person to enter into its practice, and I deny that either forty or any other number of plural marriages have during that period been solemnized in our Temples or in any other place in the Territory.

One case has been reported, in which the parties allege that the marriage was performed in the Endowment House, in Salt Lake City, in the Spring of 1889, but I have not been able to learn who performed the ceremony; whatever was done in this matter was without my knowledge. In consequence of this alleged occurrence the Endowment House was, by my instructions, taken down without delay.

Inasmuch as laws have been enacted by Congress forbidding plural marriages, which laws have been pronounced constitutional by the court of last resort, I hereby declare my intentions to submit to those laws, and to use my influence with the members of the Church over which I preside to have them do likewise.

There is nothing in my teachings to the Church or in those of my associates, during the time specified, which can be reasonably construed to inculcate or encourage polygamy; and when any Elder of the Church has used language which appeared to convey any such teaching, he has been promptly reproved. And I now publicly declare that my advice to the Latter-day Saints is to refrain from contracting any marriage forbidden by the law of the land.

President of the Church of Jesus Christ of Latter-day Saints

This manifesto was presented at general conference two weeks later. Then Wilford Woodruff spoke assuring the Saints that “the Lord will never permit me nor any other man who stands as the President of this Church, to lead you astray. It is not in the program. It is not in the mind of God. If I were to attempt that, the Lord would remove me out of my place, and so He will any other man who attempts to lead the children of men astray from the oracles of God and from their duty.”[2] He was echoing Brigham Young who taught in 1862: “The Lord Almighty leads this Church, and he will never suffer you to be led astray if you are found doing your duty. You may go home and sleep as sweetly as a babe in its mother’s arms, as to any danger of your leaders leading you astray, for if they should try to do so the Lord would quickly sweep them from the earth.”[3]

First Counselor George Q. Cannon then explained that God had accepted the sacrifice of the Saints and removed the need to practice plural marriage:

God gave the command, and it required the command of God to cause us to change our attitude. President Woodruff holds the same authority that the man did through whom the revelation came to the Church. It required the same authority to say to us, “It is enough.” God has accepted of your sacrifice. He has looked down upon you and seen what you have passed through, and how determined you were to keep His commandments, and now He says, “It is enough.” It is the same authority that gave us the principle. It is not the word of man. Now, it is for us to obey the Law.[4]

During the following year President Woodruff gave additional insights, teaching that the manifesto was from God, not man. He said: “He [God] has told me exactly what to do.” “The God of heaven commanded me to do what I did do.” “I wrote what the Lord told me to write.” Later he would also teach: “Almighty God commanded me to do what I did.”[5] “The Son of God felt disposed to have [the manifesto] presented to the Church.”[6] “What I said to the people of our Church I said by inspiration, as I view it—by the mind and will of the Lord. I intended to give them to understand that we should stop the practice of plural marriage.”[7] Privately Wilford Woodruff also stated “that the manifesto was just as authoritative and binding as though it had been given in the form of ‘Thus saith the Lord.’”[8]

According to the teachings and actions of President Woodruff, the 1890 Manifesto removed the commandment to practice plural marriage from the Saints. However, it did not remove permission to do so. It appears that during his presidency, Second Counselor Joseph F. Smith received private permission to authorize plural marriages, independent of the Church President’s specific case-by-case approval. 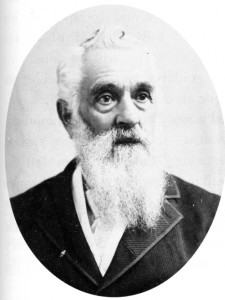 Wilford Woodruff died on September 2, 1898, leaving Lorenzo Snow as the senior apostle and the “one” holding the keys of sealing. In conjunction with his new responsibility, President Snow related: “the Lord Jesus Christ appeared to me at the time of the death of President Woodruff. He instructed me to go right ahead and reorganize the First Presidency of the Church at once and not wait as had been done after the death of the previous presidents, and that I was to succeed President Woodruff.”[9]

As President of the Church in 1899, Lorenzo Snow was openly adamant in his attempts to stop the secret polygamous sealings that were rumored to have occurred after 1890. He declared: “I will say now before this people, that the principle of plural marriage is not practiced. I have never, in one single instance, allowed any person to have that ceremony performed, and there are no such marriages at the present time, nor has [sic] there been during the time of my presidency over this church.”[10]

With the deaths of George Q. Cannon on April 12, 1901, and President Lorenzo Snow six months later, Joseph F. Smith became the “one” man. As the senior apostle holding the keys of sealing, President Smith was initially more approachable than his two predecessors had been with regards to the performance of new secret plural marriages. Accordingly, between 1901 and April of 1904, over sixty plural marriages were authorized and performed. President Smith’s relaxation with respect to new secret plural marriages soon generated a wave of rumors that were difficult to refute. Eventually, a whirlwind of national opposition blew into Church headquarters. 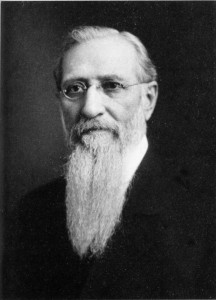 In March 1904, President Smith was called to Washington to testify in the Smoot hearings. There he was grilled by senators seeking to discover any duplicitous behavior with respect to new plural marriages. Within weeks of returning home, President Joseph F. Smith issued an “official statement” that has been called the “second manifesto.” It was remarkably similar to the 1890 Manifesto, except that it promised “excommunication” to individuals who would not comply. It appears that Joseph F. Smith completely stopped prospective authorization of new plural marriages after that statement was issued. It was an official end to plural marriages that were officially sanctioned by the President of the Church.

Historian Jan Shipps observed that in 1890, the “Saints had to be converted away from polygamy. . . . Plural marriage was introduced to the Saints who, ever so slowly, converted to it in the early years and the Saints gave it up in a comparably slow process that often involved ‘conversion’ away from the practice. With remarkable symmetry, life was given to the practice and taken away from it.”[11]

[6] From a discourse at the sixth session of the dedication of the Salt Lake Temple, April 1893. Typescript of Dedicatory Services, Church Archives.  See also Official Declaration 1.