Besides the groups mentioned above, several other notable Mormon fundamentalists deserve mention.

James T. Harmston and the True and Living Church

James D. Harmston and his wife were active members of the LDS Church but were unhappy with certain practices and teachings. They broke away from the Church in the 1980s, dedicating a special room in their home to carry out priesthood functions Church members reserve for holy temples. In response to their prayers, they reported that the heavens were opened, and they received visits from divine messengers including the Father and the Son. Specifically, on November 25, 1990, Enoch, Noah, Abraham, and Moses appeared to Harmston to bestow priesthood keys they had reportedly seized from errant LDS Church leaders. 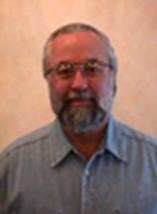 Harmston and his wife immediately established their own “True and Living Church of Jesus Christ of Saints of the Last Days” (TLC) with Harmston as president, prophet, seer, and revelator. Located at Manti, Utah, they gathered several hundred followers and in 1997 increased their numbers further through the development of a sophisticated website.

With plural marriage as an active tenet of the TLC, Harmston accumulated eight wives by 1998, mostly from other fundamentalist groups.

One unique doctrine of the TLC is “multiple mortal probations” or MMPs. Similar in some ways to reincarnation (of Buddhist and Hindu persuasion), Harmston has admitted that he is in fact Joseph Smith, Isaiah, King Arthur, and, reportedly after viewing the movie Braveheart, he suddenly remembered he had also previously lived as William Wallace. Members who receive a patriarchal blessing from the church patriarch are commonly told of their former mortal lives as well as their current probation.

Reportedly, Harmston’s first wife Elaine is a necromancer. “She has a special, pink room with an alter where she communicates with the dead ancestors of the TLC members to see if the dead would like to be proxy-baptized into the TLC.”[1]

While the group reported approximately 500 members in 2002, it appears their numbers have dwindled due to unfulfilled prophesies and dissatisfaction with Harmston’s leadership.

Alex Joseph and the Confederate Nations of Israel

Alex Joseph was one of the more colorful characters in Mormon fundamentalism. He joined the LDS Church in 1955 at age twenty-nine, and then five years later left, aligning himself with the Allred Group. Moving to Pinesdale, Montana, he joined the polygamist colony there. With his charisma and intelligence, he successfully convinced several coeds from the nearby University of Montana to become his plural wives, including two Catholics, a Methodist, and a Presbyterian. Their parents were outraged, requiring Rulon Allred to call Alex to repentance. Allred pointed out that Joseph’s marriages were performed without the approval of the Priesthood Council. In response, Alex said: “You did it, Rulon, and now I’m following your example.” He was asked to leave the Montana settlement three years after moving there. 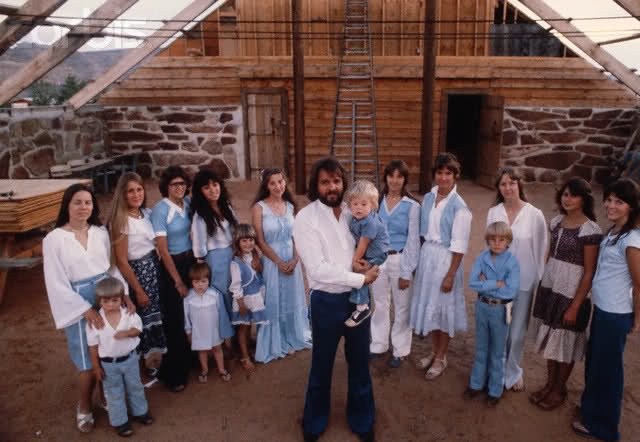 Following his own brand of Christian ideals including polygamy, Alex Joseph moved himself and his families to Glen Canyon City in Kane County, Utah, calling it Big Water and served as its first mayor. Together with his families and followers, Joseph built a cultural center for the community that was large enough to accommodate several hundred people with apartments for each of his wives, naming it Long Haul. 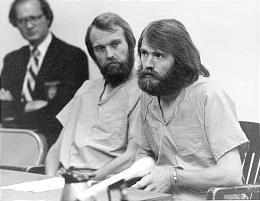 Ron and Dan Lafferty grew up in a strict LDS family with an authoritarian father of six boys. Educated as a chiropractor, Dan investigated Mormon fundamentalist teachings shortly after he was first married and quickly shared his beliefs with Ron. Worried that Ron might give their oldest daughter away into a polygamous marriage and with the encouragement of sister-in-law Brenda Wright Lafferty (wife of the youngest brother Allen), Ron’s wife divorced him.

In response, Ron received a revelation that Brenda and her fifteen-month-old child should be killed. Ron and Dan carried out the gruesome murders in 1984 and were later convicted, with Ron sentenced to death (currently on death row) and Dan serving a life prison sentence.

In the early 1990s, Brian David Mitchell lived as an active member of The Church of Jesus Christ of Latter-day Saints and served as a temple worker. Enticed by marginal religious teachings that criticized orthodox medical care, he stopped taking his medication prescribed for mental instability. Shortly thereafter, he quit his job, changed his name to Immanuel David Isaiah, donned a long robe and with his wife, Wanda Barzee, set forth to wander the country, panhandling for support. 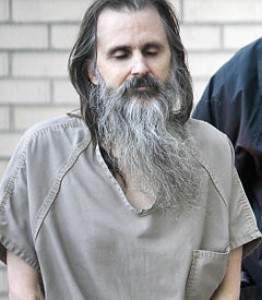 In consequence of teaching his eccentric views to others, he was excommunicated from the LDS Church in November 2001. The following April, Mitchell compiled a twenty-seven-page manifesto that included his own revelations and beliefs. Speaking for God, one revelation dated February 9, 2002 stated: “I have raised up my servant Immanuel David Isaiah, even my righteous right hand, to be a light and a covenant to my people—to all those who will repent and come unto me, for in my servant, Immanuel David Isaiah, is the fullness of the gospel, which I, the Lord brought forth out of obscurity and out of darkness through my servant Joseph Smith, Jr.”[2]

Among Mitchell’s writings is a manifesto that promotes the law of consecration and plural marriage. One revelation addressed to “Hepzibah,” Mitchell’s wife Barzee, states: “Wherefore, Hepzibah, my most cherished angel, thou wilt take into thy heart and home seven sisters. . . . And thou shalt take into thy heart and home seven times seven sisters, to love and care for; forty-nine precious jewels in thy crown, and thou art the jubilee of them all, first and last.”[3]

This revelation, though written after Elizabeth Smart was abducted, reflects the motives that undoubtedly prompted Mitchell and Barzee to kidnap Smart on June 5, 2002. Elizabeth was to be one of the “forty-nine precious jewels” that were suppose to eventually wed Brian David Mitchell.

As with all fundamentalists groups, significant numbers also leave the flock each year. For example, Rulon Allred often sorrowed that men would leave his priesthood group and function independent of his authority and the Priesthood Council’s guidance. “We find men in the Priesthood who grow so self-confident in their own ability to cope with all situations that they no longer need the direction of their file leaders in anything. They no longer attend their Priesthood meetings. They become independent.”[4] Prominent names among this group are Ogden Kraut, Tom Green, Royston Potter, and John Singer.

“Independent” Mormon fundamentalists approach the need for legitimate sealing authority in a number of creative ways. Many ignore the issue, feeling that their own personal revelations and sincerity will overcome the lack of genuine authority. Others seem willing to believe the claims of just about any man who states he possesses sealing keys, without checking their line of authority too closely. Some polygamists report elaborate dreams and visions wherein they are given keys on a ring or ordinations from angelic messengers. Thereafter they feel justified to seal marriages including their own.